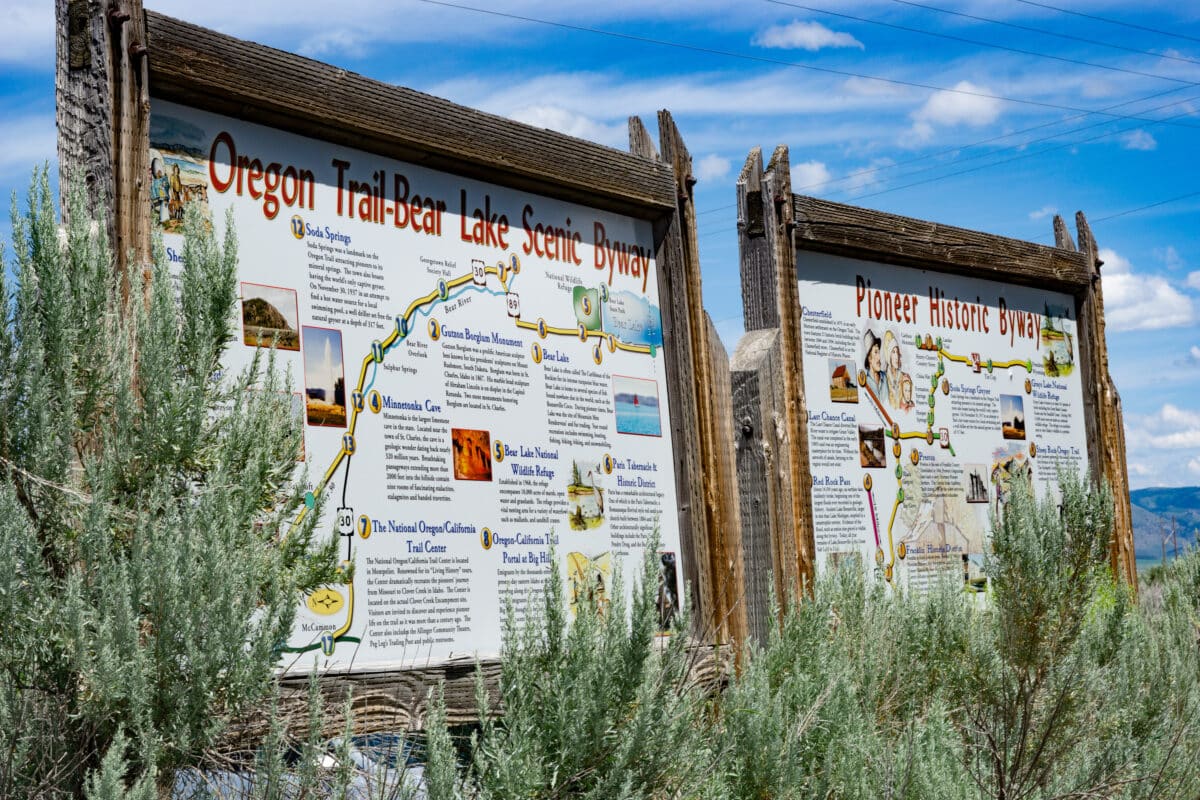 Big Hill / MCauleyRoad on the Oregon Trail Highway Marker
Big Hill marks one of the most difficult descents for Oregon Trail emigrants. These highway markers on U.S. Highway 30 are approximately 7 miles south of Montpelier.

Peg Leg Smith Highway Marker
The story about Peg Leg Smith could be taken out of the folk tales of the west. Rumored to cut off his own leg after being wounded in a battle with Indians, Smith started a trading post that also was storied to include selling back stolen livestock to Oregon Trail travelers. Married to Chief Walkara’s daughter Mountain Fawn, Smith supposedly buried her on the east side of Bear Lake overlooking the beautiful view and guarding a small treasure that was buried with her. This marker is located approximately 6 miles south of Montpelier on U.S. Highway 30.

Rendezvous Rest Stop
Marks the site of mountain men rendezvous held in the Bear Lake Valley during the summers of 1826 and 1827. Famous mountain men such as Jim Bridger, Jedediah Smith and William Ashley attended this well known rendezvous.