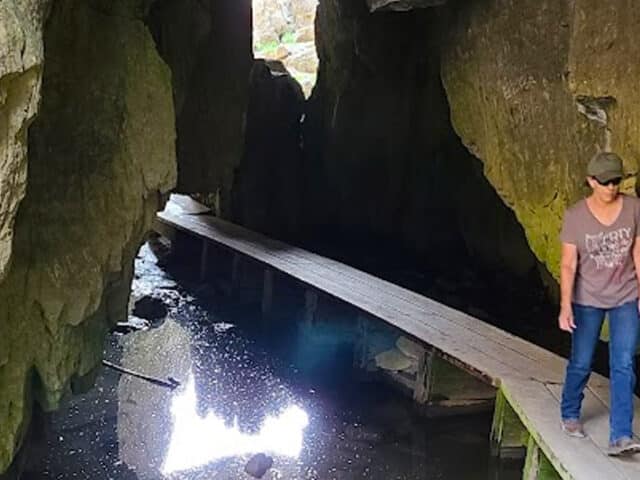 Water runs down into the cave from the surrounding hills. It is cold and contains ice even during the summer.